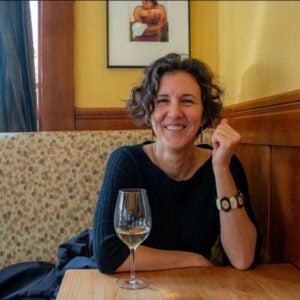 Elaine Chukan Brown serves as the US executive editor for JancisRobinson.com, and is a James Beard nominee in Journalism. She is responsible for reporting on the California wine scene as well as expanding the site’s coverage of U.S. wineries and sustainability topics, as well as climate action and social responsibility in the context of wine.

She is also a celebrated speaker and educator having presented in countries on every continent except Antarctica. Her work has been featured in print books and magazines, online sites, podcasts, feature-length films, television shows, documentaries, radio shows, apps, and webinars in countries around the world. She was named Wine Communicator of the Year 2020/21 at the annual International Wine and Spirit Competition, a 2020 Wine Industry Leader in North America by Wine Business Monthly, a Legend in Wine Education by The Hue Society, and one of Wine’s Most Inspiring People in 2019 by Wine Industry Network. She has also written for The World Atlas of Wine, The Oxford Companion to Wine, the compilation On California from the Academie du Vin Library, as well as The World of Fine Wine, Club Oenologique, Decanter, Wine & Spirits magazine, and her own Hawk Wakawaka Wine Reviews.

Prior to her career in wine, Elaine served as the Charles A Eastman Fellow at Dartmouth College, and a Tomlinson Fellow at McGill University, where she did doctoral work in philosophy specializing in race and racism, as well as gender, women’s and sexuality studies. Prior to her academic career, she owned her own commercial salmon-fishing business in Bristol Bay, Alaska. The rest of her family continues to commercial fish in Alaska. 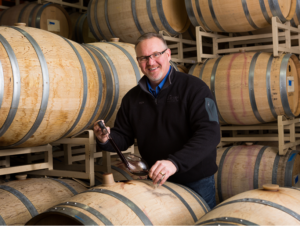 Richard Funk is the Owner and Winemaker for Saviah Cellars, which he founded in 2000 in Walla Walla.  Richard moved to the area in 1991 with a degree in Microbiology from Montana State University and he quickly developed an interest in the small, yet to be discovered wine industry in this quiet southeastern Washington town.

The winery’s first commercial vintage was just 300 cases, and the winery has since grown to produces 28,000 cases.  The winery produces a broad portfolio of wines, with a focus on Richard’s personal favorite, savory Syrahs. The fruit for his Syrah comes mainly from the winery’s Estate vineyards in The Rocks District of Milton-Freewater. The vineyards are certified sustainable through LIVE and Salmon Safe.

Richard’s science background complements his winemaking approach and his understanding of the critical processes involved in making exceptional wine. He also has a keen interest in soil science and has analyzed the soils of the Walla Walla valley extensively allowing him to understand the important relationship between fruit quality, the soils he farms, and ultimately the quality of the wines he grows. 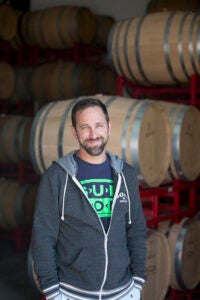 Trey remembers his very first concert like if was yesterday (Helix, Keel, and Accept at the Omni in Atlanta in 1984 if you are wondering). His love of music, especially Pearl Jam, is one of the reasons he ended up in the Pacific NW. After moving to Seattle in 1992 and working for Nordstrom for 8 years, Trey was offered the chance to move his family to Walla Walla and get into the wine business with the Dunham Cellars family. Eric Dunham, the winemaker and owner of Dunham Cellars, gave Trey the foundation for his winemaking and philosophy. Trey fell in love with the winemaking process on the first day of crush in September of 2000, and that journey led him to Sleight of Hand Cellars.

Trey is in charge of, and oversees, the winemaking, keeping his finger on the pulse of what is happening in the vineyards and cellar. He also shares the sales and marketing duties with Jerry, traveling to far-away places to spread the Sleight of Hand love around the country. Trey also is a world renowned Air Guitar player, and will often be found at a local karaoke bar belting out Tom Petty or Pearl Jam. He has the most amazing wife in Holly, and three amazing daughters that he loves more than anything, and can’t believe how lucky he is to have ended up in this business with Jerry and Sandy. 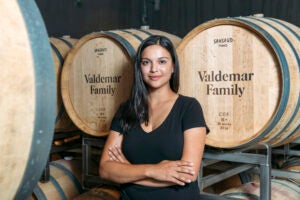 Devyani is the Winemaker & Viticulturist for Valdemar Estates, the first Internationally Owned winery in Washington. Originally from Portland, Oregon, Devyani’s wine journey began when she moved to Walla Walla to attend Whitman College. During her time at Whitman, she worked for Amavi Cellars in their tasting room. While she had initially planned to work in research, she realized that winemaking had become her dream, and had grown to call the Walla Walla wine community her “Home”. In 2016, she left research and enrolled in the Enology & Viticulture program at Walla Walla Community College. To immerse herself in both winemaking and grape growing, she worked as a Viticulture Technician for Sadie Drury at North Slope Management and in the cellar for Chris Figgins at Figgins Family Wine Estates. When the Valdemar Family came to Walla Walla, Devyani admired their commitment to accessibility and innovation, and joined the Valdemar Family in 2019. To give back to our wine community, Devyani serves as a Bâtonnage mentor and on the WWCC Enology & Viticulture Program’s Advisory Committee. 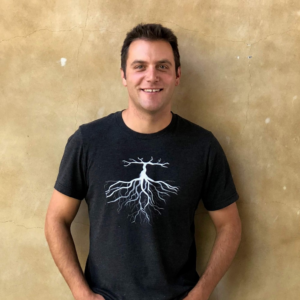 A native of St. Louis, Missouri, Anthony moved to California to study agriculture at Cal Poly, San Luis Obispo in 2003. Anthony cut his teeth in the wine industry at Denner Vineyards working as cellar rat in 2006 and 2007. Later, he moved up the road to become Cellar Master at Villa Creek, where he continued to work with Denner fruit. Coming full circle, Anthony returned to Denner as Winemaker in 2009. His winemaking philosophy is simple: “If you provide the grapes and wine with an environment where they can thrive and express themselves, they will do just that.” When not experimenting in the cellar or vineyard, Anthony and his wife Hillary raise 2 daughters, pigs, lambs, yardbirds, and a whole mess of other critters at their home on York Mountain. 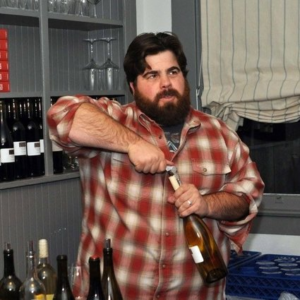 Family legend holds that at the age of three, Sam went around a party his parents were having with a tray full of Dixie cups proudly serving “ ‘turri Wine” to the guests. So despite his first career in politics and public relations, he really has been slinging the family hooch since he was first able to keep that tray upright. Sam was the fourth generation in his family to be born in San Francisco, but he was raised in what we now call the Moon Mountain District, first at the top of Lovall Valley Road and from the age of six on, at 16600. He is a graduate of the University of Nevada, Reno, where he studied Journalism and Political Science before working on statewide elections and for a national marketing and public affairs firm.

He returned to the California to turn his PR and political experience toward the burgeoning cannabis industry in 2010. In the Spring 2011, he came back to the family business to create Winery Sixteen 600, launching the first vintage to feature Stanley Mouse label art later that year. In doing so he discovered his place in continuing a multi-generational winegrowing community and realized that no matter what he had done in the past, this was really what he was doing his whole life. When not waxing poetic about wine on The Wine Makers podcast to avoid real work, you can find Sam putzing around in the garden of their Sonoma home with his wife Alice and daughter Althea.